The historical IPA was a mid strength beer at around 6 – 7.5%ABV, well hopped, but also well matured. In the original form, exported to India, the trip in a rolling ship and in varying weather conditions, the beer had matured extra quickly and had oxidized sherry-madeira notes, and it was an upper class beer. The workers and soldiers drank porter. One thing that it did have in common with at least one sub-genre of IPa today was that it was brewed using only the palest malt, and very well attenuated, which is to say it was a very dry beer with little residual sugar.

While the trip to India matured the beer in 3-4 months, India Pale Ale sold in England had to be matured for a year to be ready. These 19th century IPAs were extremely well hopped and probably had a theoretical bitterness above 100 IBU, and they were dry hopped with the finest hops of the day. But the classic English Golding hop doesn’t give anything like the explosion of citrus and pine that we have come to expect from a modern IPA. 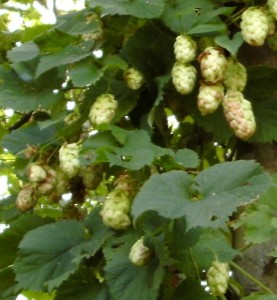 Since the IPA was re-discovered, or more precisely, re-invented in the US in the last quarter of the 20th century, a lot has happened to make the IPA more hop forward. New hop types have been developed, with increasingly wild and expressive aromas, and the brewers have been developing new methods to extract more and more aroma from the hop to the beer. Today’s IPA isn’t necessarily very bitter, but if it’s any good, you can smell the hops almost from the moment you begin to lift the bottle cap.

The remarkable hop aroma that we hopheads love is very volatile. The essential oils that the good brewer has artistically extracted from the hops, will start decomposing from the day the beer is bottled. That’s why IPA freshness is so essential. This modern day IPA is definitely not brewed for a sailing trip to India.

The wise choice is to find your favourite IPA from a local brewery. The best IPA in the world may be brewed in California, but once it arrives in my beer shop here in Denmark, I can find better alternatives from Danish brewers. And once you have found your favourite, you must figure out how to tell that it’s fresh. Few Danish brewers put a bottling date on their beer, but they have to put a best before date on it. Most Danish IPAs were bottled a year before that best before date, but the honest brewer shouldn’t be afraid of letting you know if that’s the case.

If your favourite IPA doesn’t have any dates on it, and the brewer can’t tell you how to figure out if it’s fresh, then you should probably reconsider your choice and pick another favourite from a more honest brewery.

If you don’t believe me, try finding an IPA that’s close to a year old, and find the same IPA as fresh as possible, and drink them side by side. There’s a world of difference. It’s two different beers.