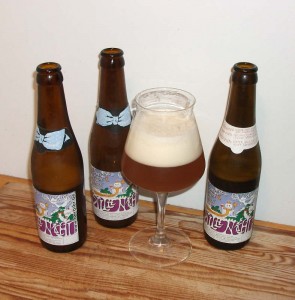 Stille Nacht is a strong, golden beer, from the legendary Belgian microbrewers De Dolle Brouwers (The mad brewers). They opened in 1980 as one of the first “new” breweries in a beer market that went through quite an evolution in the 1980s. Stille Nacht was an early entry in the brewery’s portfolio, and has always been known as a beer worth cellaring.

It’s 12% and a pretty simple beer made from pale malt and white candy sugar, well hopped with Nugget hops, and boiled for a long time to concentrate the wort.It’s supposed to get a little bit of acidity from the fermentation, but I have to wonder if that has been more prominent in earlier years. Here are my notes from the three vintages: 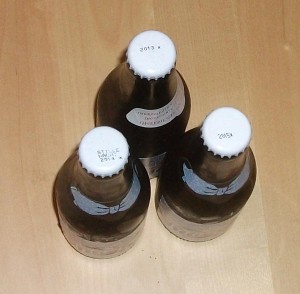 2015: You sense a little alcohol in the nose, along with fruity notes of white grapes, green apple, tangerine and pear. The flavour is sweet and fruity, and a little rough around the edges with both yeast and alcohol showing. There are lovely fruity flavours, but with the sharp alcohol and slightly unclean yeast notes, a connoisseur could easily mistake it for a badly brewed beer. Every beer lover should taste fresh Stille Nacht at least once, and depending on price and availability, maybe once a year, but please, put most bottles in the cellar!

2014: The aroma is full of golden fruits, apricot, pineapple, golden delicious apples and honeydew melon. Alcohol isn’t really noticed in the aroma. The flavour is sweet and equally full of fruit, especially sweet melon stands out. It’s quite sweet for my taste, but the alcohol has mellowed out after a year. It’s definitely ready to drink, and those who like sweet beers will definitely enjoy it after one year.

2013: The aroma is fruity, and has slightly oxidized vineous notes like a nice pale dessert wine. I sense some apricot and melon, and a touch of almonds. It feels less sweet than the 2014, and very elegant in flavour. A touch of grapefruit peel has been added to the other fruit, along with a light bitterness. It’s a very elegant beer. 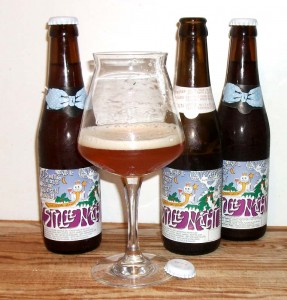 De Dolle Brouwers Stille Nacht is, in my opinion, ready to drink after a year and reaching perfection after two years. My vertical should of course have been a little longer, having three and four year old bottles, but this was all I had. And I feel safe in saying that after the first two years, the differences become much less drastic.

Go out, buy some, and make sure you have enough for a few years!