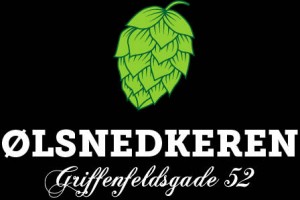 Picking the Danish Brewery of the Year 2015 turned out to be a somewhat difficult task. There are many candidates, and no clear stand-out. In the end, I went with my personal beer drinking experience in the past year.

The Danish Beer Blog Awards is much less pompous than it sounds. It’s simply a matter of Danish beer bloggers agreeing that in this week we will write about what was great in the past year. Five different categories in the next five days. I’ll be linking the other blogs participating on beertalk’s Facebook page as they are published.

So, my pick for Danish Brewery of the Year. It’s a brewpub, and I haven’t even been there. But this year, Ølsnedkeren started brewing bigger batches, and were able to sell their beers elsewhere. They began showing up in Odense in March, and they have cosistently been some of the best beers I have had at Christian Firtal this year. When I was in Copenhagen for the Copenhagen Beer Celebration, we walked by Ølsnedkeren well before they opened, but instead found a lot of their beers at Taphouse.

What they do best is using fresh hops, and using them well. One thing I have really learned in the past few years is that having a good hop supplier can be the difference between a mediocre brewery and a great one.  Ølsnedkeren are especially showing their strength in the classic brewpub styles: Light and easy drinking pale ales, and refreshing IPAs.

But the absolutely best one I have had is the Amerikaner Stout (as you may have guessed: American Stout). A good, quite dry, and nicely roasted stout, with plenty of hops. Fond memories of the long gone Ølfabrikken Porter and joy that hoppy, black beers can still be brewed to absolute perfection.

It should be noted that all my great experiences with Ølsnedkeren has been on tap. This time a year ago, they released a range of bottled beers, and I must say, they were generally disappointing. All the more reason to go out and drink beer in good craft beer bars!

The reason behind Ølsnedkeren being available elsewhere, is that they opened a new “production brewery” in September 2014. Still a tiny brewery by any standard, but bigger than before. This place, called Ølkollektivet (the beer commune), is a shared facility, owned by Ølsnedkeren and others, and open to contract brewing.

This initiative has also resulted in great beer from Fermentoren, Dry & Bitter and Howling Monkey. Danish hop heads with access to good craft beer bars should be very grateful: Another reason to name Ølsnedkeren Danish Brewery of the Year 2015!