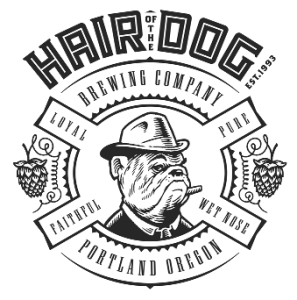 At the Borefts Beer Festival in September, I had been looking forward to meet Hair of the Dog and taste some of their beers. They were available in Denmark in 2007, but I hadn’t seen them since. In Holland, they didn’t quite live up to expectations, but they had brought some bottled beers for the shop as well, and I brought home three varieties of Adam from the Wood, a strong ale (old ale/barleywine) aged for at least three years in oak barrels.

This day in November, we had two of them, the regular and the rye whiskey version as the finale to a very varied tasting. The last of the three, Cherry Adam from the Wood  will be saved for a very special rainy day. We were thoroughly blown away. The complexity, the flavour intensity, and the balance of these beers! The beer itself, Adam, is of course a very well made beer, with malty complexity, dessert beer sweetness, and lovely vinous alcohol.

But the real magic about Adam from the Wood is that you can sense that it has really been allowed to mature on the barrel. While most bourbon barrel aged beers are just aged long enough to impart a bourbon flavour to the beer, Adam has been given time to really mature and develop noble, oxidized dessert wine character. It’s a beer that takes barrel aging to another dimension. 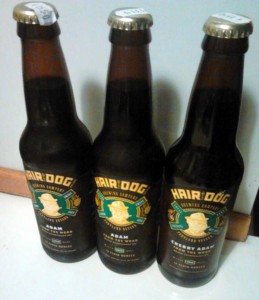 In 2015, I have been to beer festivals in Germany, Holland and twice in Copenhagen, I have travelled in Belgium, and I have been to several great “smaller” beer events. It has all been great, but none has stood out as that one moment I will remember for years to come. My beer experience of the year 2015 just has to be two extraordinary bottles of Hair of the Dog Adam from the Wood.